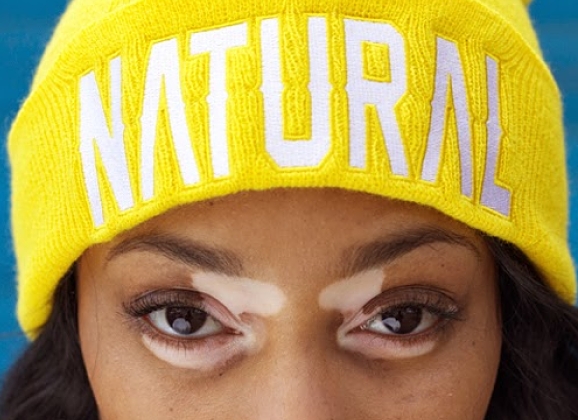 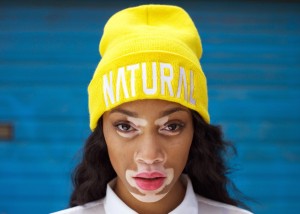 I stopped watching America’s Next Top Model a few seasons ago, but there was a time when I was a die-hard fan. I have fond memories of huddling around my 13-inch TV in my tiny dorm room with my fellow freshmen. We lived for those smizes. Then we got a bit older and found more mature things to do (like watch Parenthood). This season, though, I may have a new reason to tune in to ANTM.

Chantelle Brown-Young (aka Winnie Harlow), a 19-year-old contestant from Toronto, has vitiligo. She grew up being called horrible nicknames like “zebra” and “cow,” and even contemplated suicide in recent years. She talks about her struggles in an inspiring video from 2011 called “Vitiligo: A Skin Condition not a Life Changer.” [Shoutout to the brilliant women at Those Girls Are Wild!] “It’s just skin,” she says in the clip. “I’m not a monster. I am a sweet girl who likes pink… People have eczema and things like that and they’re scared to show their skin. It’s you—embrace it!”

Chantelle aka Winnie (courtesy of Those Girls Are Wild)

In her plea video for ANTM’s 21st cycle, she says, “I am the underdog and I want to prove that one can follow one’s dreams despite all the flaws and setbacks.” (For the record, we think she’s flawless.)

Chantelle’s confidence has made her a role model for young women everywhere. Many have been quick to point out that while this is a huge step for the TV show, it’s likely not going to make many waves in the fashion industry as a whole. 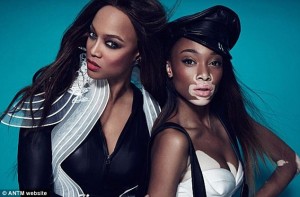 Tyra and Chantelle pose for the upcoming season

That may be true. But a revolution begins with one act. Chantelle has already had lots of success (she was part of Toronto’s alternative fashion week, FAT in April). And from what I’ve seen so far, her legacy will live on far beyond this summer’s season.